Featured News
0 Comments
Authorities in Rome recently closed down five makeshift mosques in the city in what Muslims see as a crackdown on their religion.Thousands attended Friday prayers this week outside the iconic Colosseum in Rome to demonstrate against the closures.The small mosques had been shut down by the authorities on fears that youngsters were becoming radicalized. 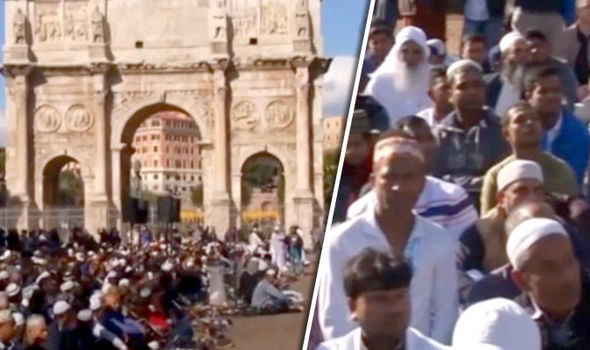 During the protest prayer, worshippers knelt on mats metres away from the ancient amphitheatre.

An imam led the group in chants of “Allah Akbar” while they kneeled to the ground facing the Colosseum.

Many Muslims in the country believe local authorities are reacting to fear caused by recent terror attacks in Europe.

Italy does not recognise Islam as an official religion.

On top of this, many Muslims from North Africa and South Asia feel discriminated against on the grounds of both race and religion.

We are forced to rent places to pray – which for us is like breathing air. If we can’t do it, we die

Francesco Tieri, a convert to Islam

The Colosseum protest was organised by a Bangladeshi group, Dhuumcatu, which has complained that Muslim places of worship in Rome have been branded illegal by authorities.

Francesco Tieri, a convert to Islam who acts as a coordinator for a number of Islamic groups, said: “We feel people are pointing the finger at us.

“There is no political will to recognise that we are here and that we are a peaceful community.

“We are forced to rent places to pray – which for us is like breathing air. If we can’t do it, we die.” 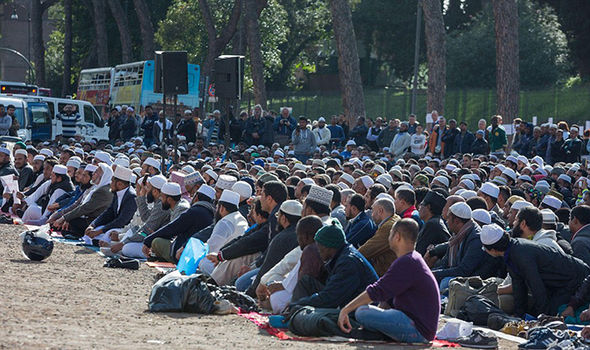 However, politician Barbara Saltamartini, from the anti-immigration Northern League party, labeled Friday’s demonstration “an unacceptable provocation” that should never have been allowed to take place.In August, Interior Minister Angelino Alfano said that “mini-mosques in garages” should not be allowed to operate in the country.Right-wing Roman politician Giorgia Meloni of the Brothers of Italy party, who came third in a mayoral election this year, has called for Muslims to be forced to pray in Italian.

Other political parties have called for a blanket ban on any mosques built with funds from outside of Italy. 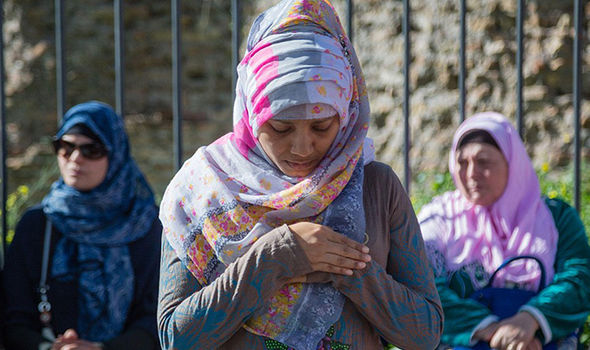 Italy does not recognise Islam as an official religion

Rome is home to the biggest mosque in the western world – the Mosque of Rome – but proposals to construct local mosques have run into opposition from councils.According to official figures, there are more than 1.5 Muslims living in Italy legally, which means that Islam is the second most-followed faith in the mostly Roman Catholic country.But, there re only a handful of mosques officially registered with the Italian government, and most worship takes place in houses and Islamic cultural centres. 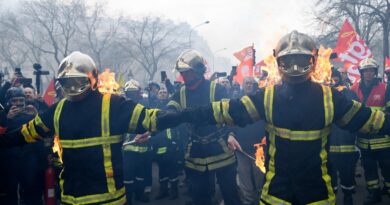 French firefighters set themselves alight and start fighting against police