BRUSSELS bigwigs “will face consequences” if they choose to turn a blind eye to the result Hungary’s upcoming anti-migrant referendum. 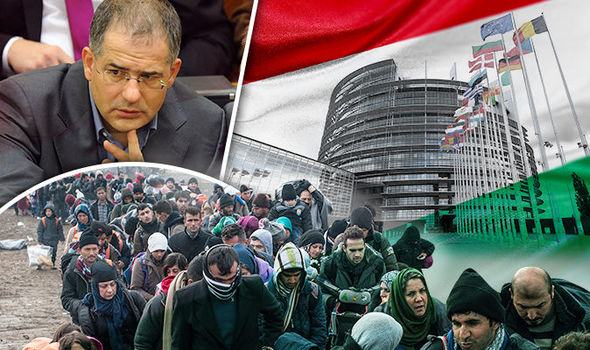 The referendum will take place on October 2

Lajos Kosa, head of the country’s governing leading Fidesz party, said the failing bloc must respect the people of Hungary’s decision when they vote in the Brexit-inspired plebiscite even if it overturns

European Union rules forcing them to take in migrants under EU quota schemes.

The country’s hard line Prime Minster Viktor Orban has urged his country to say ‘no’ to all migrants after hailing Britain’s momentous decision to break away from the EU as the nation “taking back its island”.

Hungary has repeatedly clashed with the EU over the migrant crisis with Mr Orban warning that uncontrolled migration is threatening Europe’s cultural identity. 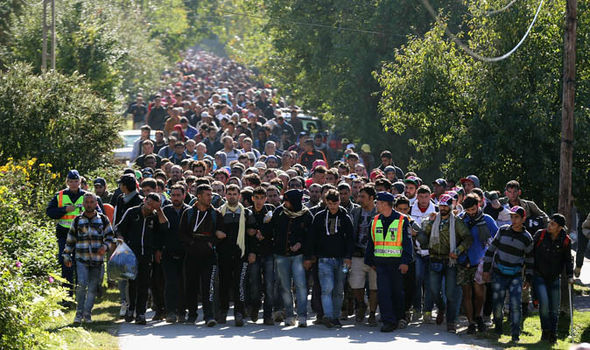 Hungary has been blighted by the escalating migrant crisis

In a thinly-veiled threat, Mr Kosa said the results would be binding for the EU superstate.

He said: “The decision of the citizens will give a very solid authorisation for the government and according to the latest polls the majority of the Hungarian citizens will vote against migration.

“There is no example of the EU ignoring the result of a referendum before.

“There would be unforeseeable consequences if the EU would ignore the results of the referendum.”

Mr Kosa refuted claims that the referendum is part of the Government’s plans to exit from the 27-member bloc.

He added: “This is a ridiculous thing to say. The government firmly believes that Hungary has to stay in the EU, although in several topics we don’t agree with Brussels.”

Mr Orban called for a nationwide referendum after the EU announced its migrant quota plans to resettle 160,000 Syrian refugees among the existing member states.

Viktor Orban has urged his country to say no to migrants

And on October 2, the people of Hungary will be asked if they want to accept any future EU mandatory quota systems for resettling migrants.

Ever since the migrant crisis erupted last year, with more than one million refugees pouring into Europe, Hungary has taken a robust stance on defending its borders.

The country was on a direct Balkans route used by migrants to make their way from Greece and into Serbia and Croatia. 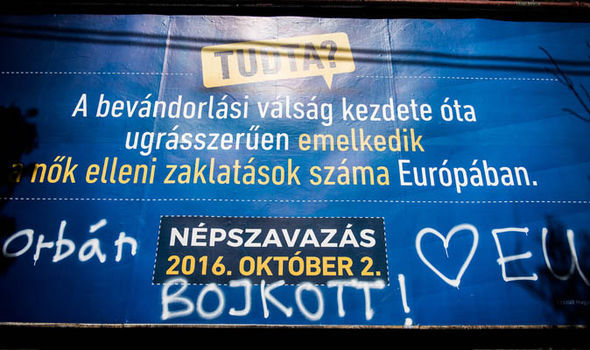 Hungary will hold a quota on migrant quotas in October

In response, tough-talking Mr Orban insisted enough was enough and ordered his borders with Serbia and Croatia to be shut.

Razor wire fences were erected along the border, forming a 108mile bench and the number of border forces along the Serbian crossing more than doubled.

But this hasn’t stopped people making the perilous journey – Hungary has registered more than 19,000 asylum applications this year and it’s believed more than 14,000 migrants have crossed its southern borders illegally. 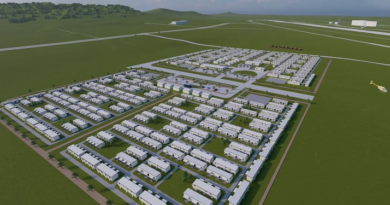